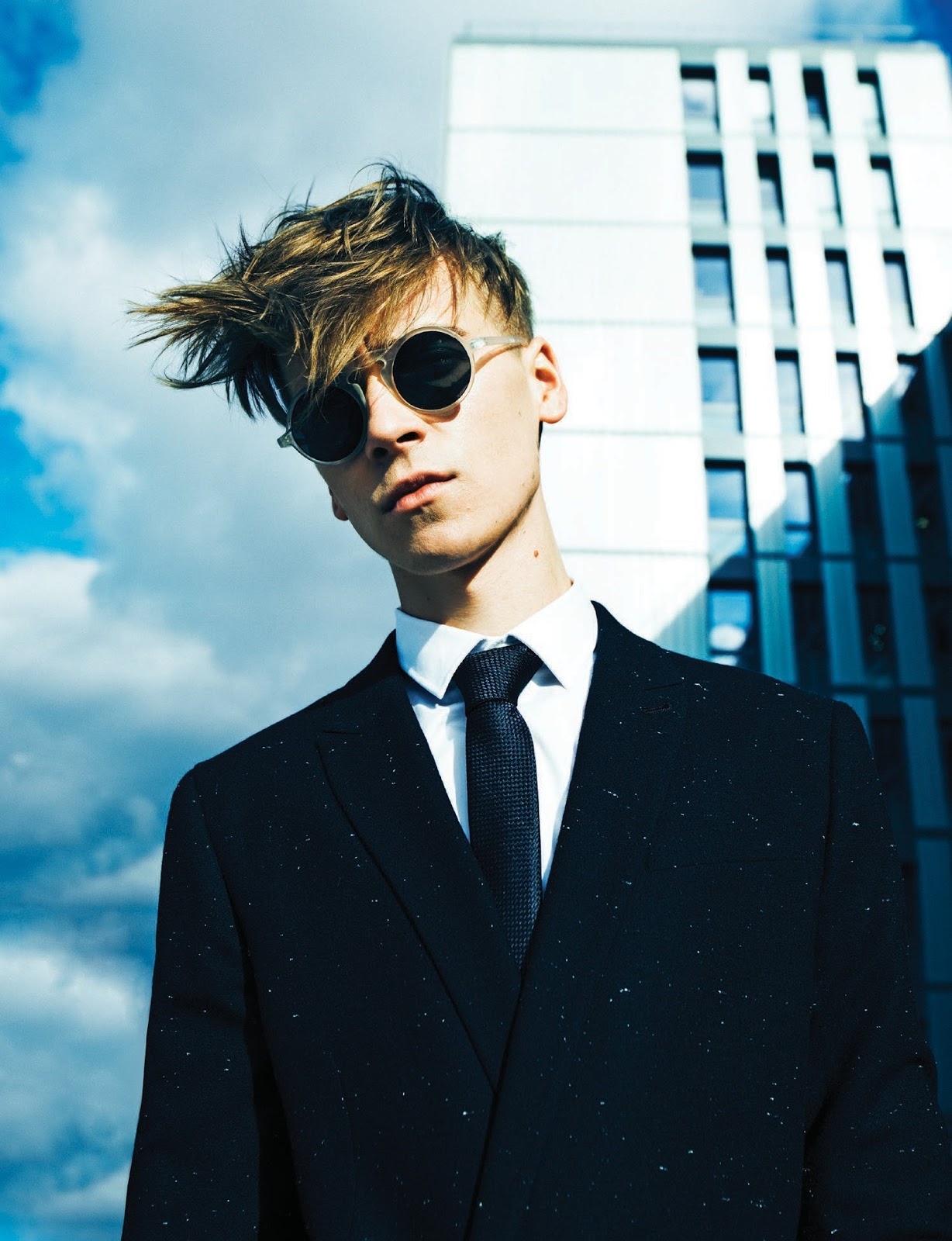 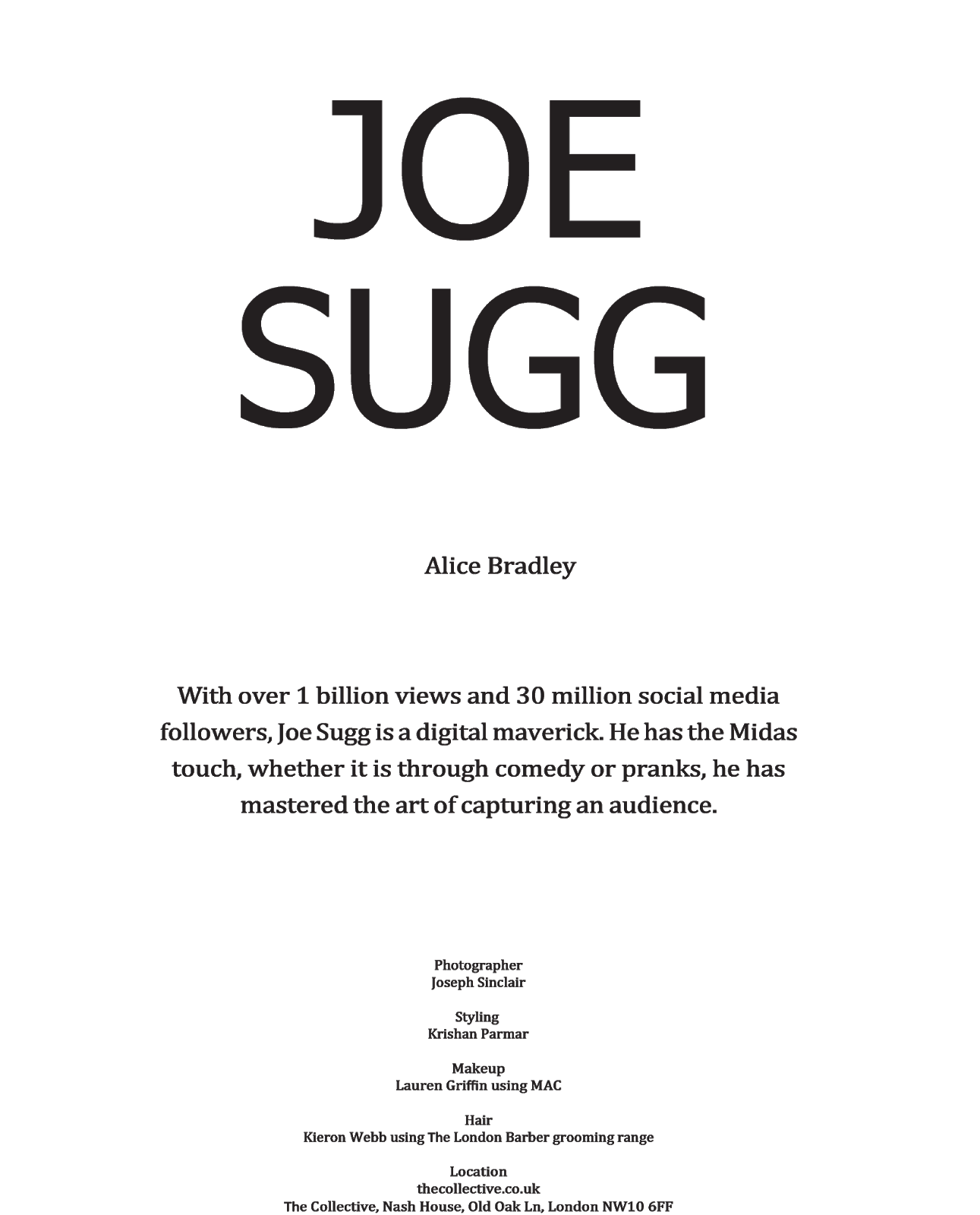 His internet-conquering skills run in the family; his sister, Zoe Sugg better known as Zoella is also one of the Internet’s most famous faces. The Wiltshire-born siblings are pioneers in the digital age; they have become the first generation to make a career from YouTube.
Joe revealed: “We are the first group of people to be doing this sort of stuﬀ at this level. It  is quite a challenge because there is no one before us. It is a little bit scary because you don’t know what’s going to happen next. You don’t know how long this whole thing is going to last. I’m just goingto ride the wave.”
Joe’s content is diverse to say the least; his two most viewed videos are ‘My Sister Does My MakeupChallenge’ (17 millionviews) and ‘Ultimate RoommateRevenge Pranks’ (15 million views).Joe revealed thathis childhood has been his greatest inspiration to make comical and entertaining videos.
He said nostalgically: “I grew up in a really small village in the middle of nowhere, so my sister and I had to  be  really  creative.  We weren’t very good at english, maths or science; we were really into art. We would take our parents camcorder and record our own shows, I reallywish we had that footage because that would be a very funny reactions video to make.”
Joe and Caspar Lee have also co-founded Raucous Productions alongside Dom Smales, the managing director of social media management agency, Gleam Futures.
Joe said proudly: “We certainly have a lot of room to evolve. We have learnt so much and have always wanted to be fully involved in the production aspect. We are so used to doing short form content so focusing on morelong form content has been a bit of a leap. We have a lot more in the pipeline for the next stage.”
Joe and Caspar are YouTube’s dream team. Collectively they have worked solidlyto create multiple channels of content, from filming their own videos to featuringin their own hit films Hit the Road and Hit the Road USA.
“When people chase after cars and bang on windows, you feel like you’re in aboy band.”
Joe said proudly: “I remember going to my firstfilm premiere for Brad Pitt’sWorld War Z, walking on the red carpet and feeling like it was the most surreal moment. Little did I know that a couple of years later I would be walking the red carpet at my own film premiere.”
Joe attributes his growthto his constant desire to delve into new sub-sectors of the industry. It is clear that although he exudes confidence behind the screen, he is stilla diﬃdent person despite his phenomenal success.
He ran his hands through his hair, then shook his head in disbelief. He said: “I thought our film being on Netflix was cool and it isn’t  until you get a message from a girl saying ‘I’m thinking about watching this tonight, what do you reckon?’ and I’m just like ‘Nooooo, please don’t, it’s embarrassing’. But I think the second film was such a big improvement on the first. I feel like you shouldn’t overdo something and try to outdo it over and  over  again  because it will get to a point where it will plateau. We haven’t discussed it yet, but for me, I always want to be moving onto the next thing.” 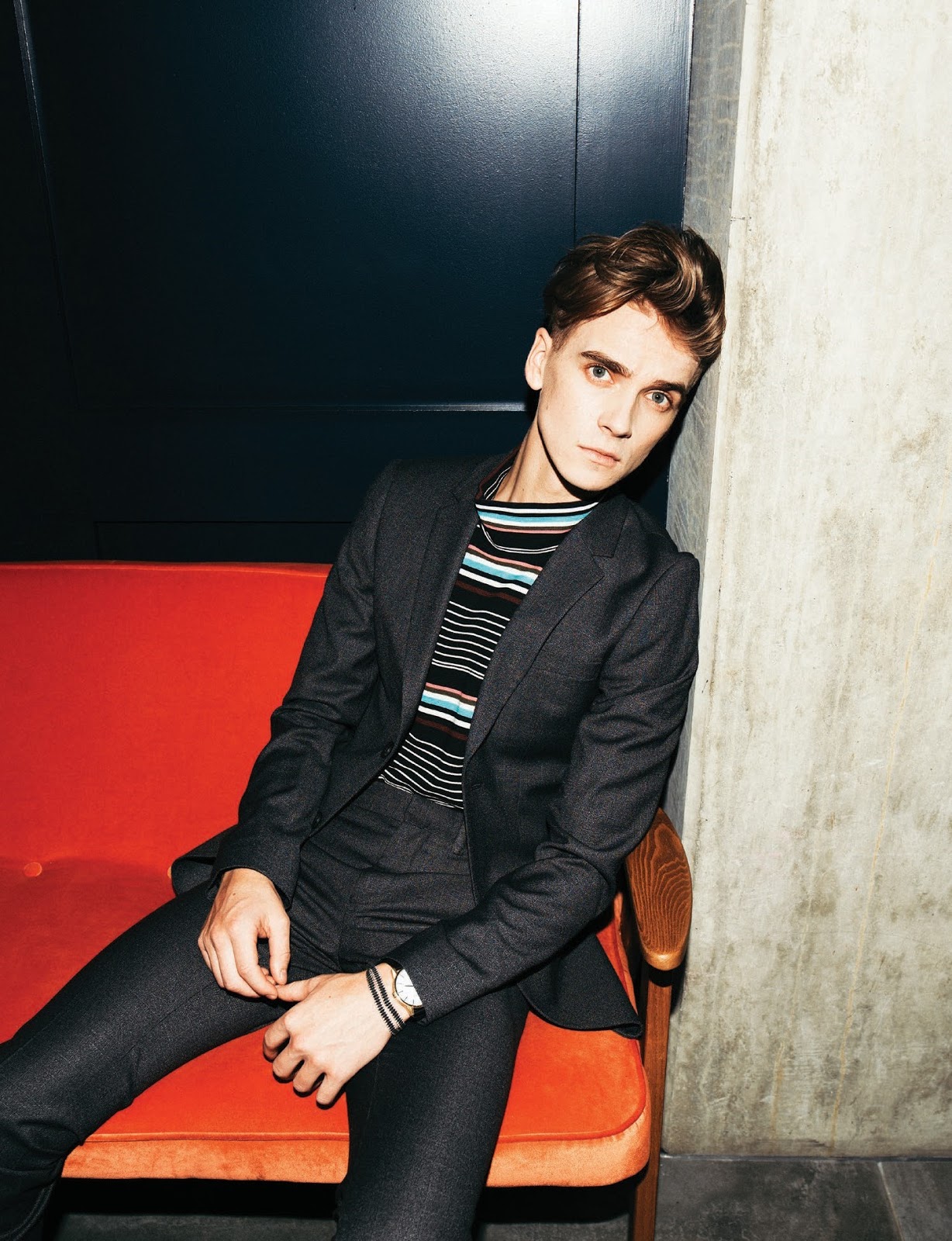 In person, Joe is as charming as he appears on screen. His manners are impeccable, and he has a captivating smile that could light up any room. What is most striking is  how  humble heis. This is an extraordinary feat when Joe­has received cult status in the mainstream media and from his millions of devoted fans, but yet still maintains a distinct warmth and kindness.
A warm smile spread across Joe’s face. He recalled: “I remember when I was awarded  my one million subscribers plaque on stage in front of thousands of people. Even afterwards at meet and greets when people chase after our cars and bang on the windows, you feel like you’re in a boy band. We are not singers  or professional comedians, it doesn’t feel right that we’ve got this following.”

“We are not singers or professional comedians, it doesn’t feel right that we’ve got this following.”

Joe is a master of all trades; he has published two hugely successful graphic novels; Username: Evie and Username:Regenerated. His debutnovel was a number one bestseller and smashed all records by having the fastest selling opening week for any graphicnovel in the UK.
At the mention of the book, Joe’s eyes lit up with pride. He said: “The audience chose the name because we did a poll with four names. Looking back, I am so glad that they picked Evie. I can’t imagine it being anything  else.  I just wanted their investment from the very start into the character; I think it went down well. I wantedto prove that femalecharacters can be just as strongas the males.”
To inspire people to read more is another key undertaking he wants to pursue.
He said seriously: “It‘s cool to get the opportunity to help get youngergenerations back into reading againbecause it is something imperative. I say in my vlogs sometimes, ‘look, it’s a beautiful day today. Watch this video later on and go outside andhang out withyour mates or read a book.’
”YouTube is an  oversaturated  market  that is consistently expanding and evolving. Although there is plenty of competition, Joe said it is never too late to join the party.
He revealed his recipe for success. He confessed: “I always stick with the three C’s, Creativity, as you need to think of ideas that no one has done before.Consistency, so don’t just upload a video and expect it to do well straight away. Even if you only get 20 or 30 views, see that as a classroom full of people. Get yourself into a rhythmand get a schedule going. The third one is Collaboration. Find people who have a similar style to you and hang out with them and work together.” 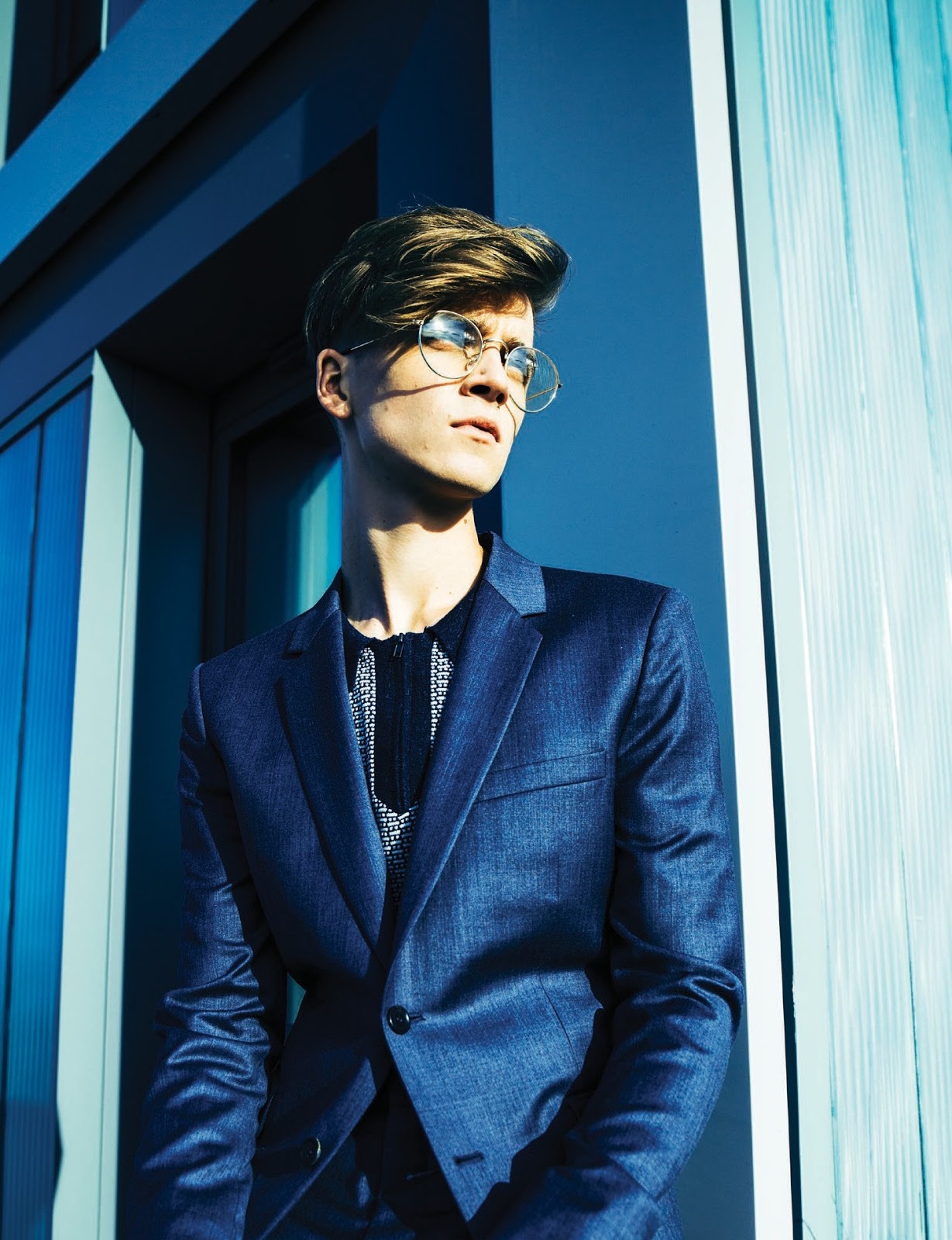 He added: “I am inspired by so many YouTubers, including my sister [Zoella] and her boyfriend [Alfie Deyes] because if you went up to anyone in the UK, the chances of them being named before anyone else is high. Their public profiles are a lot bigger. They do get a lot of praise, but also a lot of negative stuﬀ written about them, but it is the way that they stick at it and don’t let it aﬀect them too much which is admirable.”
Suddenly, Joe laughed, and he shook his head slightly. He shrugged, then said frankly: “To be honest, I don’t watch many YouTubers. I do think PewDiePie is great because he started by just playing games and now he has evolved into this hugely successful entity. He has become a voice for the entire community, and that is very inspirational.” 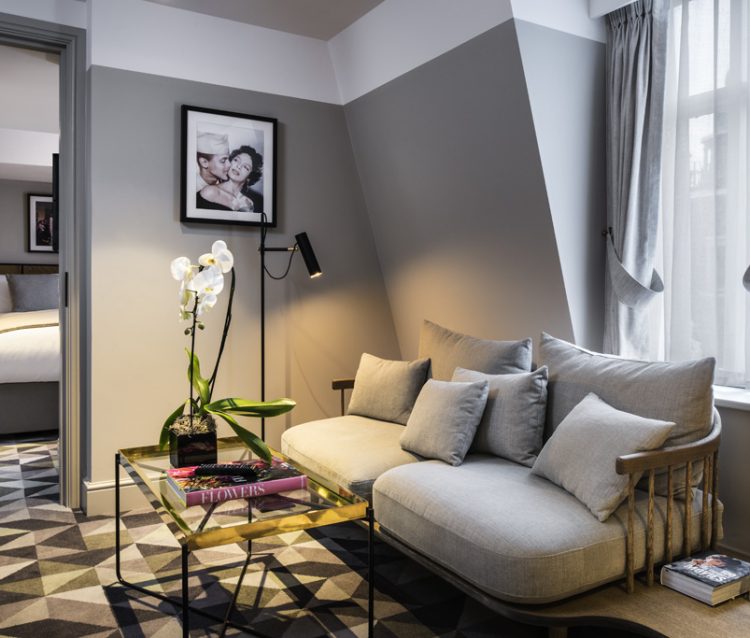 Dreaming of Paris..🇫🇷💭 From the archives

my love affair with a good blazer continues 🖤

Today's Affirmation: Everything I’ve ever wanted

Self Care - A Thread 》 Sometimes the most produc

ad [guest of the brand] • Playing dress up and d