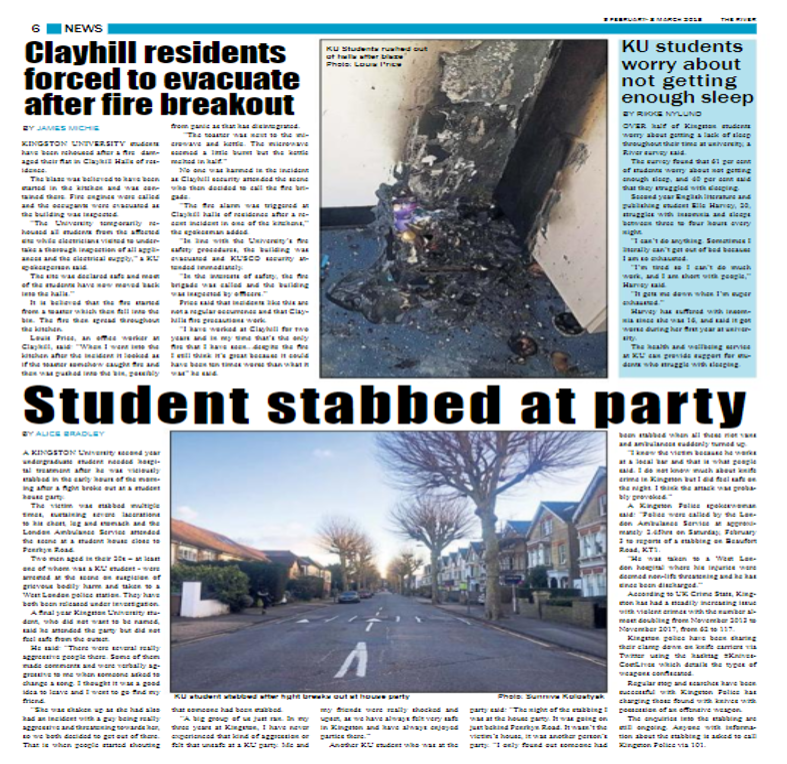 By Alice Bradley
A Kingston University second year undergraduate student needed hospital treatment after he was viciously stabbed in the early hours of the morning after a fight broke out at a student house party.
The victim was stabbed multiple times, sustaining severe lacerations to his chest, leg and stomach and the London Ambulance Service attended the scene at a student house close to Penrhyn Road.
Two men aged in their 20s – at least one of whom was a KU student – were arrested at the scene on suspicion of grievous bodily harm and taken to a West London police station. They have both been released under investigation.
Read more…