Load More...
You are here: Home / Lifestyle / Things I Have Learnt From Quitting Alcohol //
Dear Readers,
Since starting Isotretinoin for my skin, I was advised not to drink alcohol whilst I am on the course of the drugs. Calculating the fact that I would have to be sober for 7 months (6 months on the tablets and 1 month to recover from them) made me pretty frustrated to begin with. 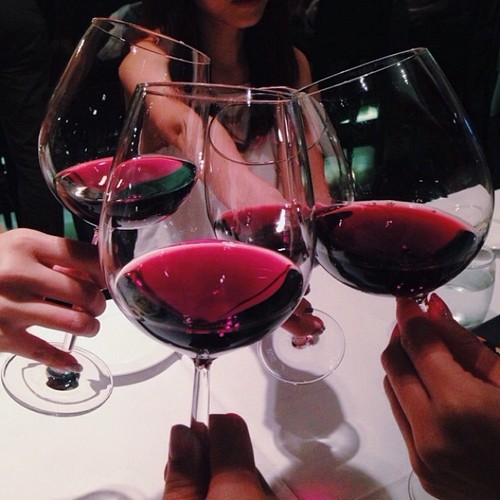 Soon enough though, I began to embrace the concept of not drinking and quickly learnt to turn away free drinks on night’s out and events. I admit at first, I did feel a little bit like a party-pooper, not wooping it up with all my alcohol-induced friends. But I really began to get into the mindset that this is what a lot of normal people do day-to-day, without the excuse that they’re on medication. I just embrace the night ahead and let a little bit of confidence do the talking (and dancing).
I went from being the cocktail-dependent socialiser to the confidently sober girl. I felt in control and was able to have real conversations with people without feeling like I had to do shots with them to break the ice. You also realise how drunk other people get and that can be a real eye-opener too. My biggest piece of advice is to not venture to clubs like Pryzm on your first sober outing, as you may be disheartened by the reality of the entire environment.

Although, I felt reassured that the next day I would be waking up full of energy, instead of lounging in my bed, smothering my face with a pillow to conceal the morning light.

My perception of not drinking on a night out or a social event, has really made me reflect on my old habits. I wouldn’t say I was a crazy party girl going out every night, but when I did go out, I’d mix drinks and have fun with it. I wasn’t exactly doing my body any favours.
Looking back at it now, I realise just how ridiculous it was. I wasn’t going out to have fun with friends, I was going out to drink. I also seemed to associate myself with people who just wanted to go out and get ‘smashed’. I have come to learn that there is so much more out there to spend your time and money on, than a messy night out that ends in tears and someone hugging the toilet seat.
I have written this post to illustrate that drinking alcohol does not mean you will have a fun night. Much like deciding not to drink alcohol, will mean you won‘t have a good time.
Over the course of this skin treatment I have noticed many benefits, but having to detox my body of all alcohol has enabled me to feel better than ever before. I have begun to really listen to my body and respond accordingly.

OK, so I am not saying I am never going to drink again. I have just learnt to appreciate moderation and accept the values of people who simply do not drink.

I hope this post can raise awareness to those of you (in particular people my age) that alcohol isn’t a necessity, it is just a social habit. After all, it is all about the company you surround yourself with.

Dealing With Rejection & How To Overcome It //
Beats Solo 2 Wireless Unboxing & Review //
Is Instagram putting pressure on life’s milestones?