Load More...
You are here: Home / Culture / ‘My Identity Was Burnt Away’ – An Audience with Katie Piper
Dear Readers,

As I sat myself down yesterday among an array of excited expectant faces I begun to really comprehend how many people wanted to hear what Katie Piper had to say on the events that followed her brutal acid attack in 2008. 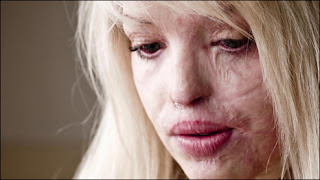 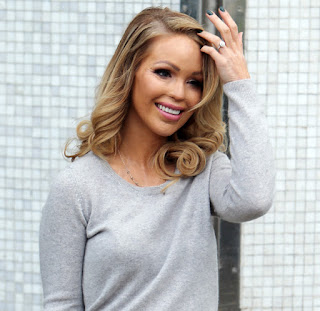 As I awaited the imminent Piper, I questioned myself as to what tone her speech may have. Would it be entirely negative in focusing on the low acts of two evil men, or would there be a positive message to come from her talk.
Immediately, I was welcomed with the warmth of a beautiful, slender Katie Piper, who radiated an encouraging sense of hope and achievement. From the offset Piper reinforced us all of the “power of positive thinking” and that we are given these tough battles in order to grow by “turning a negative into a positive”. 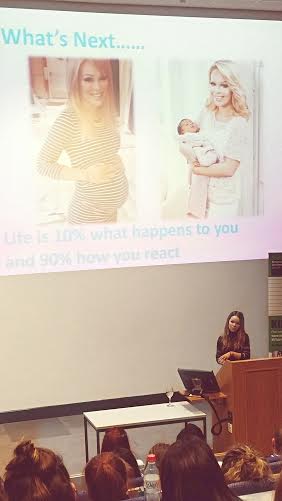 With such a physical daily reminder of her scars, she later talked of how the acid attack “burnt away” at her identity and that the perpetrator (whom she’d only seen for 5 seconds) on her ‘quick trip out’ had changed her life forever, and in such a permanent way.
When asked who inspired her most, Piper promptly stated that her Mum was and still is a “borderline robot” who supported her through “over 350 surgeries” and counting. I understood why her mother was her source of inspiration as throughout most of her speech, she spoke of how hard her mother worked to keep her family unit together and in a positive frame of mind, even through her own personal battle with cancer last year.
Throughout Katie’s speech she used images of her original state and the extent of her recovery all the way up until her life now. Each image graphically depicted an unrecognizable person to begin with; something I couldn’t quite deal with, as these pictures exposed the sickening extent those men went to try an ruin Katie’s life. At no point though, did she ever speak of her hatred for the men involved, even though she later revealed to us that “they denied the attacks ever happened”. At this point Katie made light of it and said that “surely my face was evidence enough”.
The speech itself was full of ups and downs, yet Katie always remained composed and upbeat about the journey she had been through. It made me reflect on situations I hadn’t handled well, and I began to realise the message of her speech in its entirety; that there will always be someone worse off than you are. So we should accept what tests God has given us to face and take them on as a “challenge”.

Katie also stated that “we are all living someone’s dream”. That really hit home for me because there I was, sat in a lecture theatre at my dream university, attending and taking blog notes at a talk with such a determined young woman who had survived such extreme physical and mental trauma.
I want to finish with the idea that maybe we are living the dream of another, and perhaps that could be in the basic of senses. For me, I felt that her message related to the dream of my younger self, who could only hope for the opportunity to go to university to study as a Journalist.
So I pose this question to you today; who’s dream are you living, and how will you appreciate it and make it worth your while?